Our solar system consists of Sun, 8 Planets, and 1 dwarf planet along with many other natural satellites.

Pluto was considered a planet until, in 2006, the 26th general assembly of the International Astronomical Union held in the Czech republic demoted it to a dwarf planet. The only source of light in our planet system is Sun which is also the nearest star to planet Earth.

Let's compare all these planets on different parameters:

Size-wise the biggest planet is Jupiter and the smallest one is Mercury. The second largest is Saturn, after that Uranus, Neptune, Earth, Venus, and Mars are in that order.

Jupiter has the largest number of satellites numbering 63. After that Saturn has 60 satellites, Uranus has 27, Neptune has 13, Mars has 2 whereas Earth has one. The rest two, Mercury and Venus doesn't have any natural satellites.

Neptune takes the most time in completing a revolution around the Sun whereas Mercury takes only 88 days to complete one revolution making it the fastest. The second most time is taken by Uranus, then Saturn, Jupiter, Mars, Earth, and Venus. In the same order.

Earth, Venus, Mars, and Mercury are known as Inner/Terrestrial Planets whereas Jupiter, Saturn, Neptune, and Uranus are known as Jovian/Outer Planets. All the planets in our solar system, revolve west to east around the sun except Uranus & Venus which moves east to west which is called Retrograde motion. It takes about 8 mins 17 secs for a ray of light from the Sun to reach Earth whereas it only takes 1 second for light from Moon to reach Earth.

Its avg. distance from Earth is around 149,600,000 km. Its energy is produced due to constant nuclear fusion in its core through a series of processes called the p-p (proton-proton) chain which converts Hydrogen into Helium. The sun is composed of mainly 3 components which are: Hydrogen (74.9%), Helium (23.8%), and Metals (1.3%).

The structure of the Sun can be divided into several different layers which are as follows: 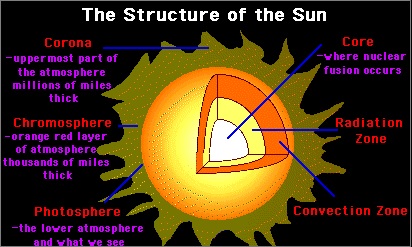 The core of the Sun has a temperature of around 15 million degrees Celsius making it the highest temperature and pressure among all layers. It is in an ionized state which is called plasma. Solar energy is produced in the core by a controlled nuclear fusion process. The high temperature of the core helps to remove the electrons from hydrogen atoms and in creating numerous electrons and protons for nuclear fusion.

It is the section of the solar interior between the innermost core and the outer convective zone where energy generated by nuclear fusion in the core moves outward as electromagnetic radiation.

It is the first visible layer of the Sun with a temperature around 6000 degrees Kelvin (5370 degrees Celsius). The solar spots are also formed on this layer.

Solar spots are temporary dark spots on the surface of the Sun due to the magnetic field bursts through the surface. It makes the flow of energy from inside of the Sun slow making the sunspots cooler & darker than the surrounding photosphere.

Chromosphere means the sphere of color and is dominated by emission lines.

It is the outermost layer of the Sun and only visible during the formation of the Diamond Ring during the Solar eclipse. It has a very high temperature which gives it an unusual spectral feature of a highly ionized ion.

It is a celestial body bigger than 10 m orbiting around the Sun mainly between Mars and Jupiter. It is mainly considered Metals and rocks but can also have organic compounds. Asteroids are very similar to Comets but don't have a visible coma (fuzzy outline and tail).

These are small rocks or particles of debris in the solar system ranging in size from dust to around 10 meters in diameter.

Every Meteoroid that burns when it enters the Earth's atmosphere is known as Meteor. If you have ever noticed a streak of light or shooting star in the night sky, it is actually a meteor.

A fireball is a very bright meteor that is actually brighter than the planet Venus.

It is a Fireball that explodes in the atmospheric flight with visible fragmentation.

It is that part of a meteoroid or asteroid which survives the atmospheric flight and reaches Earth's surface.

A comet is a small celestial body composed mainly of ice, rock, and dust. The comets travel close to Sun and its ice becomes a gas. This melting process causes bits of dust and debris to trail behind the comet. This tail can be seen in the night sky as a bright, quickly-moving light.

Halley’s Comet is the most famous comet and is a periodic comet that returns to Earth’s vicinity about every 75 years. It is possible for a human to see it twice in his/her lifetime. It was last seen in 1986 and projected to return in 2061.

It is named after the English astronomer Edmond Halley who examined reports of a comet approaching Earth in 1531, 1607, and 1682. He stated that all these 3 comets were the same and predicted that it would again come in 1758. 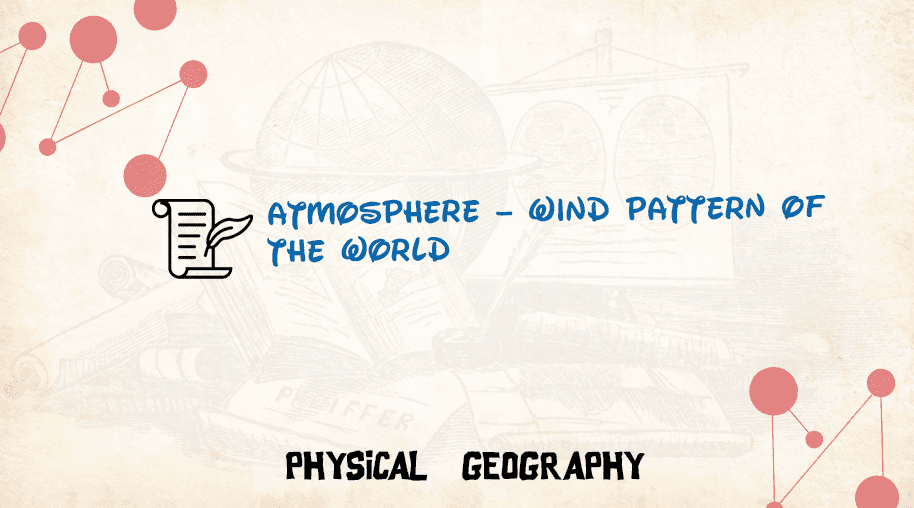 Atmosphere – Wind Pattern of the world 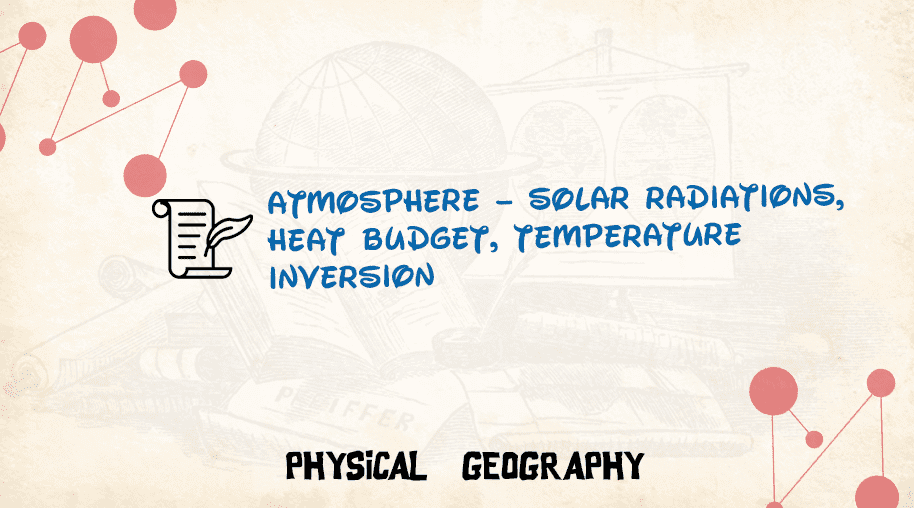 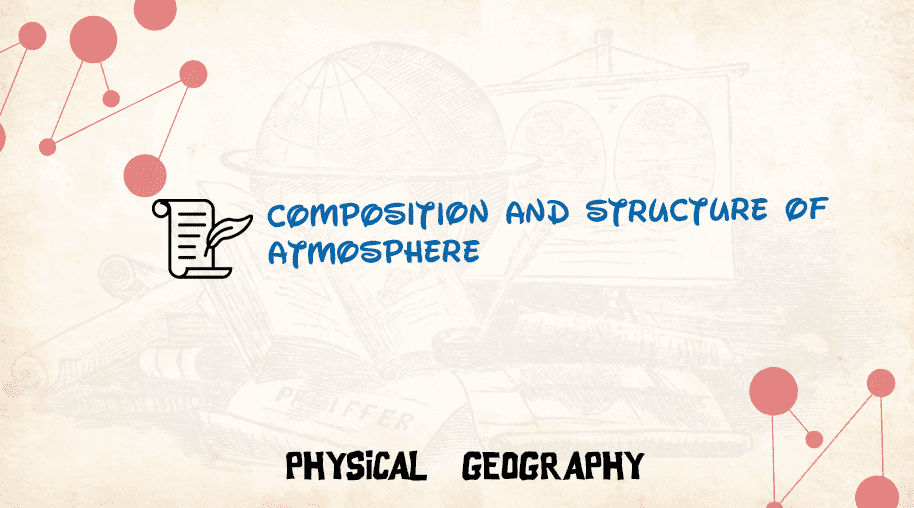 Composition and Structure of Atmosphere 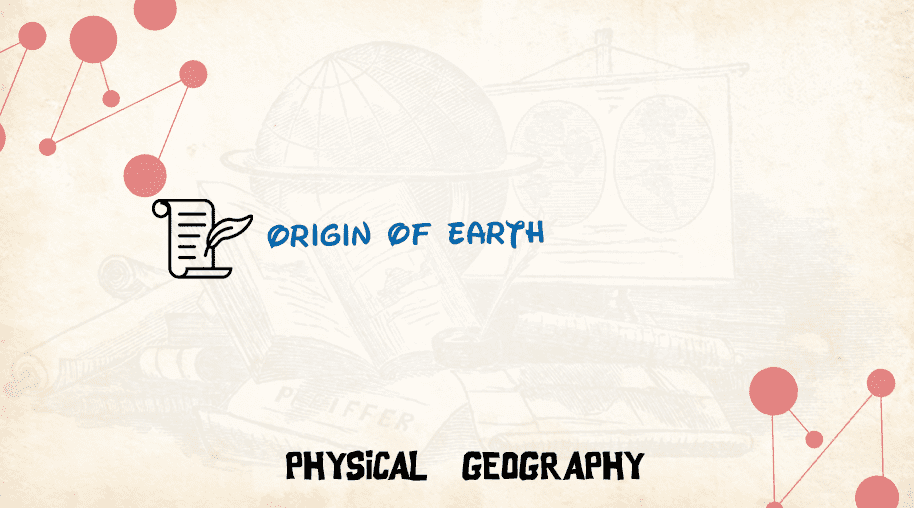