Mobile Phones are one of the most important parts of everybody's life in today's world. The smartphone industry has seen tremendous growth in the last few years making it very hard to select a smartphone in 2021. So, we have created a list of the top 5 smartphone companies in the world in accordance with their last year sales making everything easy for you.

OnePlus is a Chinese consumer electronics manufacturer that is majority-owned by Oppo. The company is majorly known around the world for making smartphones. However, in the last 2 years, the company has also entered the market of smart TVs, smartwatches, Headphones and much more.

In the last few years, OnePlus has seen a great favour from Indian smartphone users. A few things users can note in any OnePlus smartphone is its high-end processor leading to fast speeds, ultra-fast charging and a great screen to body ratio.

One of the downsides of OnePlus smartphones is their high pricing. However, OnePlus has also noticed the same and recently decided to compete in the mid-range smartphone category. 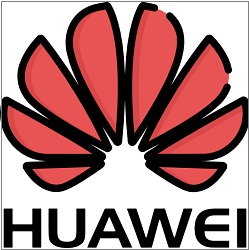 Huawei is a Chinese multinational technology company that designs develops and sells telecommunications equipment, consumer electronics and various smart devices. It is much more than just a smartphone company.

Huawei surpassed Apple and Samsung to become the top smartphone brand in the world in July 2020 when Samsung and Apple suffered a huge drop in sales due to pandemic. However, it was temporary. Huawei is still giving tough competition to all other smartphone companies and despite being banned in the US. Its global sales remain high. It is one of the most loved smartphone brands in India. 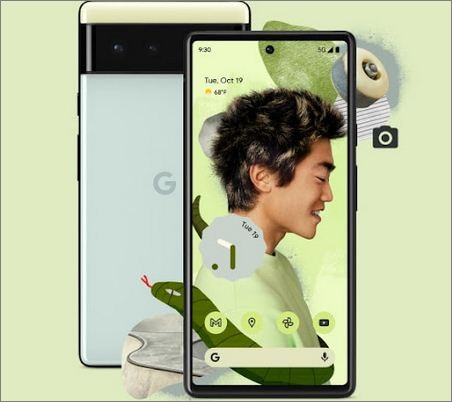 Everyone is familiar with Google. It is a name that needs no further introduction. Just like Google, its smartphones line "Pixel" is also a well-liked and recognised name in the smartphone industry.

Google Pixel runs on Stock android which makes these phones extremely fast. These phones also feature some cutting edge tech upgrades and the best cameras a smartphone can get. Pixel's unmatched Android OS performance and updates make it the premium smartphone in any segment.

Samsung is a South Korean multinational manufacturing company and has been among the primary competitor in the smartphone manufacturing industry. However, it comprises numerous affiliated businesses, most of them united under the Samsung brand.

Samsung launches numerous smartphones every year including premium, medium-end and low-end devices. It has always been the first choice of most android users. Samsung offers the latest smartphones with advanced technology and design. The Galaxy phone series of Samsung is among the most popular smartphones in the world because of its smooth, sleek designs and innovative features. Samsung has also some of the best foldable smartphones in previous years which are very liked among all kinds of users introducing a new age of luxurious smartphones. 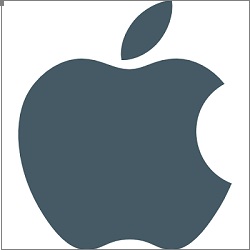 Apple is an American MNC specializing in electronics, computer software and online services. Apple is one of the world's most valuable companies in 2021. It is known for its luxurious smartphones that need no introduction.

It is also the most profitable smartphone developing company in the world selling over 200 Million smartphones every year. Apple iPhone runs on iOS making it super fast and encrypted for high-end privacy. Apple phones are known to be the symbol of luxury in India.

Apple Mobile Phones have been conquering the smartphone industry since time immemorial. Apple users around the world agree that no other smartphone company is capable of satisfying you once you have used iPhone.

These are the top 5 Smartphone Companies in the world. These companies are all fierce competitors in the ever-growing smartphone manufacturing industry. I hope you like this blog. Please don’t forget to subscribe to our newsletter to get further updates about the top 5 series. 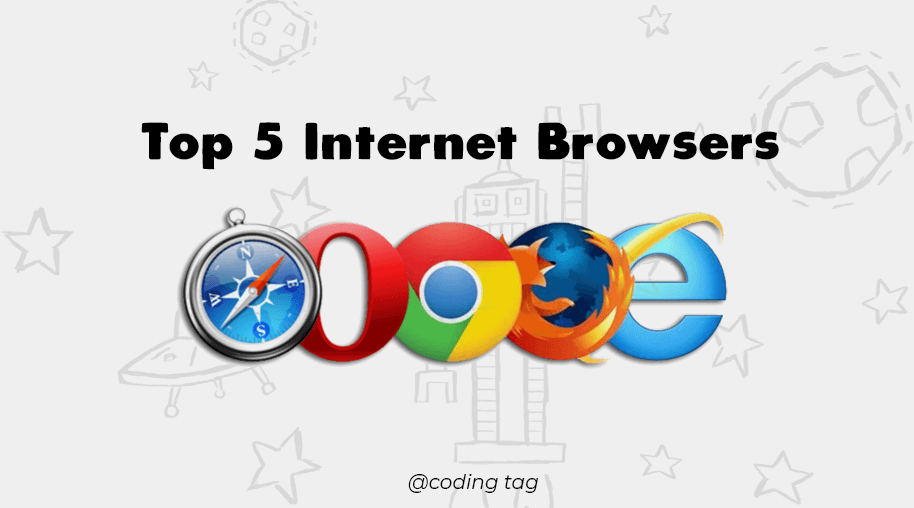 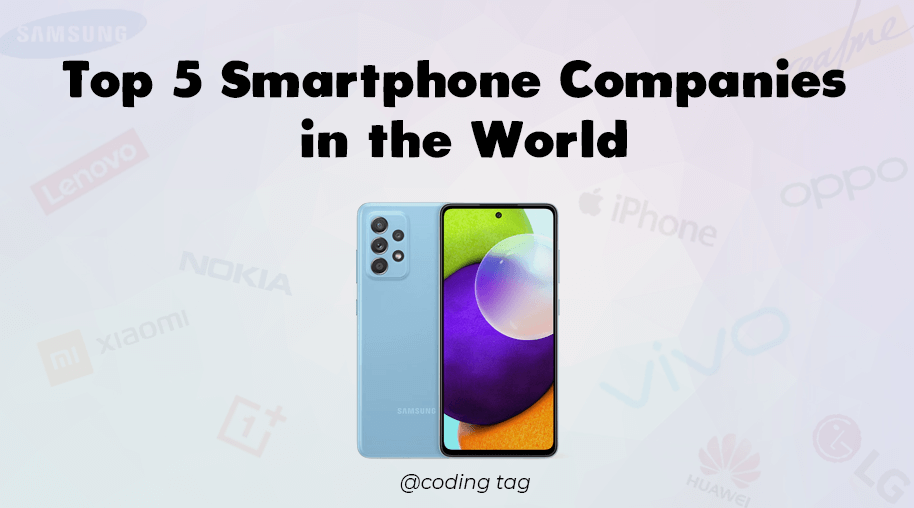 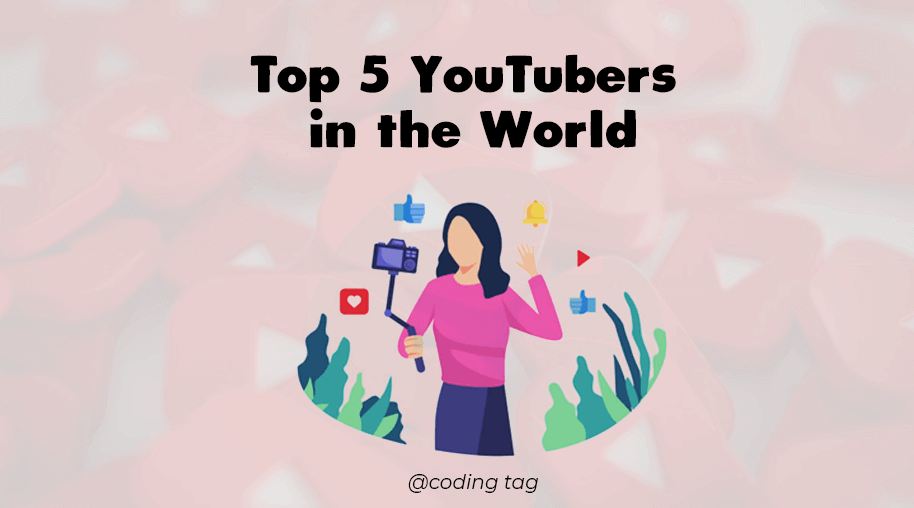 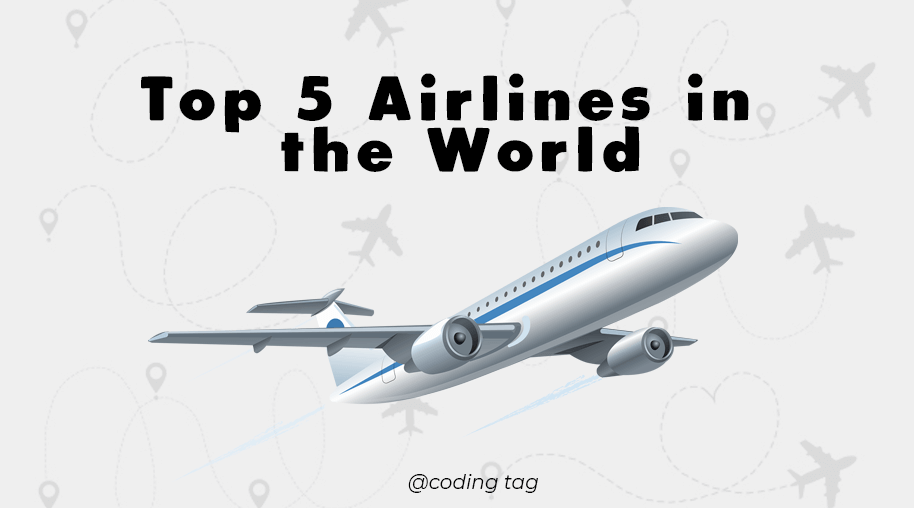 Top 5 Airlines in the World