India's peninsula juts into the Indian Ocean, with the Arabian Sea on the east and the Bay of Bengal on the west. The country is situated on vital maritime trade routes between the Middle East, Africa, and East Asia.

Bays, Gulf, and Sea in India

It separates Kutch and Kathiawar peninsula and has the maximum potential for tidal energy.

It forms the mouth of various rivers such as Narmada, Tapi, Mahi, Sabarmati.

It is located in the southeast of Tamil Nadu and it separated India and Sri Lanka.

It is home to the proposed sethusamudram project.

It is located between India and Sri Lanka. 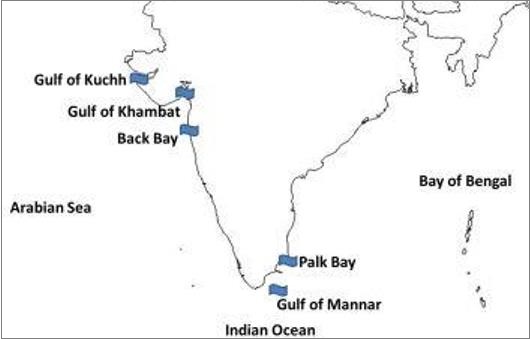 It is a chain of limestone shoals between Pamban Island which is also known as Rameswaram Island. 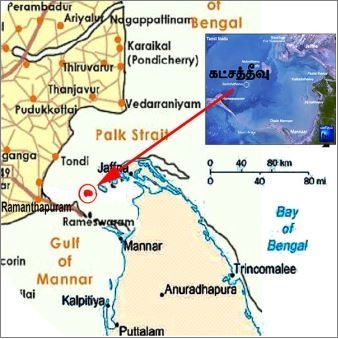 It is a project to link Palk Bay and the Gulf of Mannar between Tamilnadu and Sri Lanka by creating a shipping channel through the shallow sea called Sethusamudram via Rama Setu. 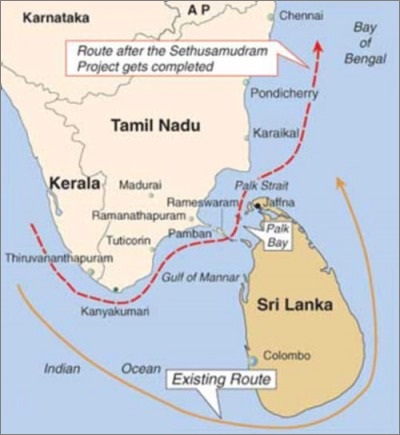 Slopes of varying gradient border Bay of Bengal to the northeast, north, and northwest and it is bordered by a wide continental shelf to the north that narrows to the south.

There have been discoveries of Petroleum and natural gas in the Bay of Bengal near the offshore of the Godavari and Manandi deltas. Large tankers coming from the Persian Gulf and going to the Strait of Malacca pass from south of the Bay of Bengal which is their principal trade route.

India's profitable exportation of raw materials can be reflected by Haldia, Vishakhapatnam, and Paradeep which are well developed as iron ore terminals. The major branches of the Bay of Bengal are: 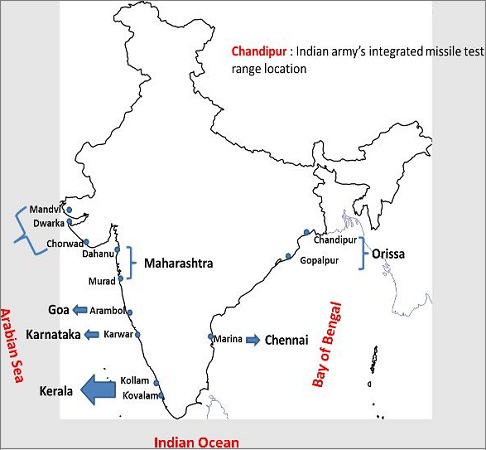 It is a region of the Indian Ocean and it is bounded by Pakistan and Iran on the north, by northeastern Somalia on the south, by India on the east, and by the Arabian Peninsula on the west. Somalia, Djibouti, Yemen, Oman, Iran, Pakistan, India, and the Maldives are the countries with coastlines on the Arabian Sea. The Arabian Sea has two important branches that are –

Through the Indian Ocean, India gets to overlook some of the most important sea lanes such as the Suez Canal, Malacca Strait.

It is very important for the generation of Southwest Monsoon.