The Peninsular Plateaus are the largest of India's physical divisions. It mainly comprises broad and shallow valleys with rounded hills.

It covers the NE part of the Peninsular Plateau including Jharkhand, parts of Chhatisgarh, and West Bengal.

It is located the north of the Narmada rift valley and it is a part of a central highland made up of granite and gneiss. 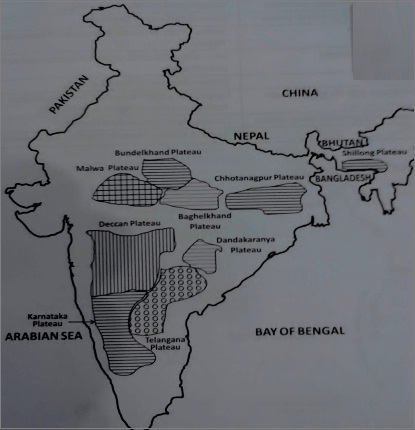 It is located to the north of river Krishna and is a part of the Deccan plateau.

It is located to the south of the Deccan lava region and is built on the Malnad region in the west and Raichur Maidan in the east.

The extensive erosional activities of river Chambal and its tributaries have transformed it into ravines.