The Coastal Plains of India lie on one or the other side of the Peninsular Plateau, along the western and eastern shorelines of India. They stretch out for around 6,150 km from the Rann of Kutch in the west to West Bengal in the east.

A huge load of sediments is deposited in the Gulf of Cambay by the Tapti River, Narmada River, Sabarmati River, and Mahi River. They also form estuaries here.

It is an area that receives one of the highest rainfalls in the monsoon season and is marked with lagoons (Asthamudi and Vembanad) known as Kayals. 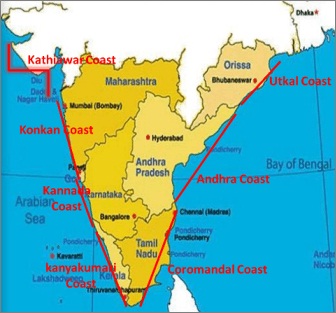 Gujarat Plains are the plains area between the Western Ghats and the Arabian Sea from the Gulf of Kutch and Gulf of Khambat located on either side of Kathiawar Peninsula. 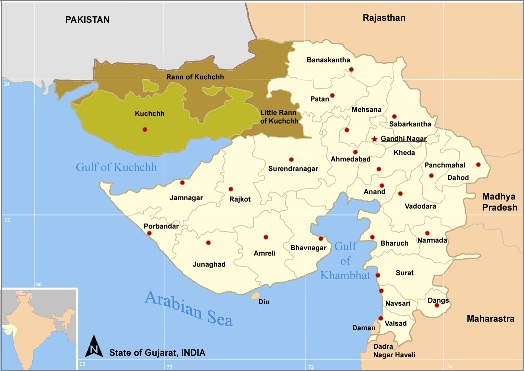