It is an Antecedent kind of drainage as the Himalayan rivers are older than the lesser Himalayas and Shiwaliks. The rivers cut across structures that are younger than them.

The Himalayan rivers generate large quantities of sediment and cause annual floods. These rivers also form deltas and the nature of the river is changing, meandering, forming ox-bow lakes & high waterfalls.

It is of Super-imposed drainage type as the structures are older than the rivers. The nature of the flow of these rivers is seasonal, it is major during the southwest monsoon.

These rivers flow in the Arabian sea through rift valleys in the straight linear courses. These rivers do not have an extensive network of tributaries.

These rivers flow into the Bay of Bengal and have an extensive network of tributaries.

It is that geographic area through which water flows across the land and drains into a common body of water which could be a stream, river, lake, or ocean. The watershed boundary will follow the highest ridgeline around the stream channels and meet at the bottom or lowest point of the land, the mouth of the waterway where water flows out of the watershed. 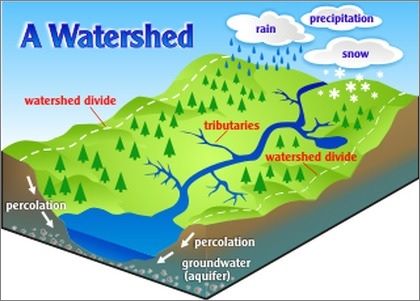 It is an area of land where surface water from rain, melting snow, or ice converges to a single point at a low elevation. It is also known as a catchment basin.

It usually converses at the exit of the basin where the water joins another body such as a river, lake, reservoir, estuary, wetland, or sea. So, it can also be called an area drained by tributary streams that come together into the main channel.

It is the line that divides the surface runoff between two adjacent river basins. It is also known as the topographic water divide.

It marks the highest points between the basins, but isolated peaks within a basin may reach higher elevations than any point on the divide.

The consolidated impacts of environment and geography on the catchment geology yield a disintegration design, which is portrayed by an organization of streams. Some of the most seen stream patterns are: 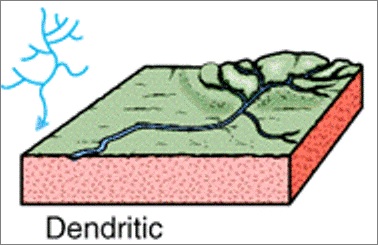 For Example - the Vindhya Mountains of India 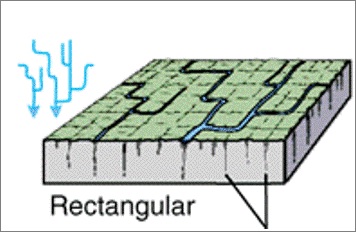 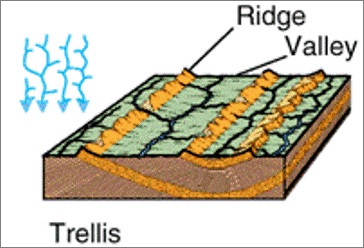 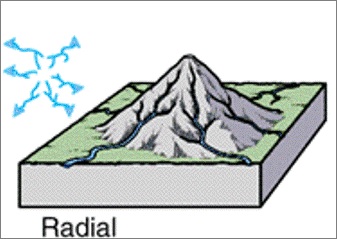 In this pattern, the mainstream runs in one direction while the tributaries join it at an oblique angle. 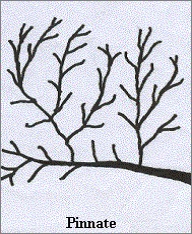 In this pattern, the mainstream runs in one direction and the tributaries also join it running in the same direction. 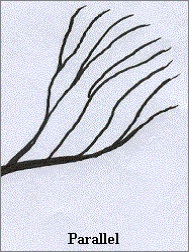