Soil is the uppermost layer of the Earth's crust and serves as the medium in which plants grow. Therefore, it provides support to life on Earth.

There are a number of factors that contribute to the formation of soil and its fertility such as:

The parent rock is the rock from which the soil is formed. The process of weathering decomposes and disintegrates the parent rock to form soil.

The climate around the rock influences the process of weathering the rock.

The nature of the slope influences the accumulation of the soils.

It provides maturity to the soils.

The various forces of nature such as a change in temperature, actions of running water, wind and glaciers, activities of decomposers, etc. also contribute to the formation of soil

The soils in India are divided into two categories on the basis of their formation which are:

Types of Soils in India

This type of soil is formed by depositional work of rivers valleys, flood plains & deltas. It is very highly fertile Riverine soil and is of transported type.

Khadar is deposited by flood annually and it is nonporous, clayey, and loamy.

Bhangar is above sea level, they are well-drained and drier. It is coarse in nature, contains kankar (lime nodules), pebbles, gravels.

The alluvial soil makes 22.16% of the total land area of India.

This type of soil is formed by the solidification of Lava and is mainly found in the Deccan Plateau. It is also known as black cotton soil or Regur soil.

The color of this soil is black is because of black cotton soil or Regur soil derived from plutonic lava materials. It is highly fertile but less than alluvial soil.

It is plowed in the dry season as on evaporation, the soil develops cracks which are good for seed penetration. It is found in the region - Maharashtra, Gujrat, Madhya Pradesh, Andhra Pradesh, parts of Tamil Nadu.

This type of soil is formed by weathering of Igneous (crystalline) & metamorphic rocks and it is Transported type of soil. It is less fertile than Alluvial and black soil. It is red in color due to the presence of Ferrous oxide and also looks yellow when in hydrated form.

It is found in the regions - Periphery areas of the Deccan Plateau viz. Chhotanagpur plateau, Telangana, Nilgiris, Tamil Nadu, Karnataka, Andhra Pradesh. It is suitable for the cultivation of millets, pulses, Linseed, tobacco, etc.

It forms around 10.6% of the total Indian land area. 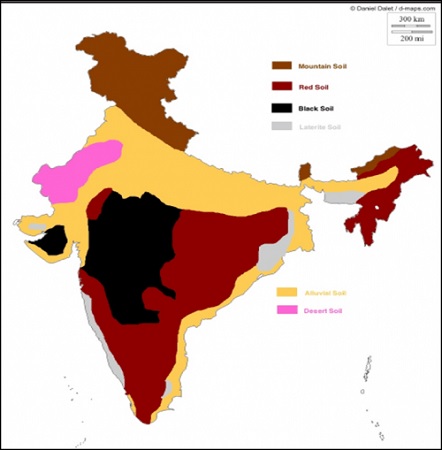 This type of soil is formed under conditions of high temperature and heavy rainfall with alternate wet and dry periods. Therefore, it is formed strictly under monsoon conditions by leaching away siliceous matter.

Rain leaches away Lime & Silica which leaves insoluble Feo & Al compounds known as Desilication. As bacteria thrive at high temperatures, the humus content of the soil is fast removed by bacteria.

It forms 7.2% of the total Indian land area.

It is found in arid or semi-arid conditions along with waterlogged areas and it is highly saline due to dry climate, poor drainage & high evaporation.

It is found in Bihar, Rajasthan, UP., Punjab, Haryana, Maharashtra.

It is found in areas where rainfall is less than 50 cm and it is covered with a thick brown mantle which inhibits soil growth. It is saline in nature due to high evaporation.

It is originated from the mechanical disintegration of the ground rock by deposition by the wind. The low rainfall and high temperature are reasons for the formation of this soil.

It is mainly found in regions - SW Haryana, Punjab, and W – Rajasthan

It forms around 3.9% of the total land area of the country.

This type of soil is prone to soil erosion where the topsoil gets washed away due to the steep slopes of the mountains after heavy rainfall. It includes peat, meadow, and forest hill soils.

It is found in the regions - Jammu and Kashmir, Himachal Pradesh, Uttaranchal, Assam, Sikkim, Arunachal Pradesh

It is found in high rainfall and high humid areas of West Bengal, Orissa & Kerala. It is rich in humus & organic content, and sometimes alkaline too. It is heavy, dark, and acidic in nature.

The predominance of chloride & sulfates of N, Ca & Mg, especially of NaCO3. It decreases the soil fertility, quality of fodder. It also gives difficulties in Housing & road construction.

The washing away of the topmost fertile layer of the soil due to the action of water and wind is known as Soil erosion. The other common causes of Soil Erosion are:

It is used on hilly slopes where terraces act as bunds and prevent the soil from being washed away. The farming is done on a unique step-like structure and the force of water running off is slowed down. 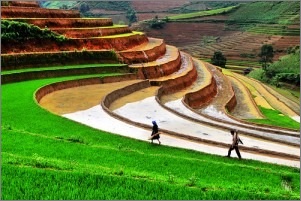 It is very common on small farms and in underdeveloped countries as it doesn't require mechanized equipment.

Land should never be ploughed up & down because it increases soil erosion, the ploughing should be done along contours on a slope that prevents soil from being washed away by rainwater or by surface runoff. 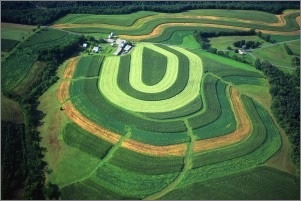 The contours act like bunds preventing soil erosion by allowing water to slowly penetrate the soil. Terraces are leveled into steps like small fields with even slopes. 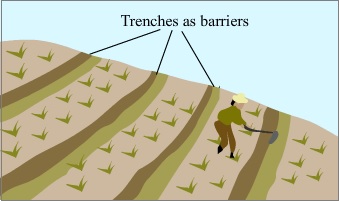 Tress seedlings are planted above the trench. These barriers slow down the water movement and reduce its erosive force. They also filter out and trap many of the suspended soil particles, keeping them from being washed out of the field.

It is the technique of planting trees along the edges of the fields, the wasteland, and on steep slopes to prevent soil erosion. It increases the capacity of the soil to retain water.

It is a line of trees or shrubs planted to protect an area, especially a field of crops from fierce weather. Farmers plant several rows of trees to keep the wind erosion in check. It is also known as windbreaks. 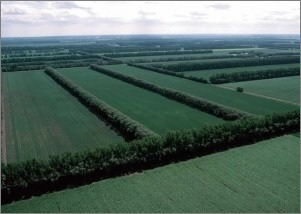 In this technique, cover crops such as legumes, white turnips, radishes, and other species are rotated with cash crops to blanket the soil year-round.

It is a way of growing crops or pasture from year to year without disturbing the soil through tillage. It is also known as zero tillage or direct drilling.

In this technique, crops are grown in alternate strips of land to check the impact of the winds. It is mainly used when a slope is too steep or when there is no alternative method of preventing soil erosion. 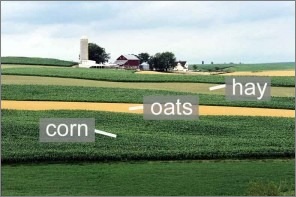 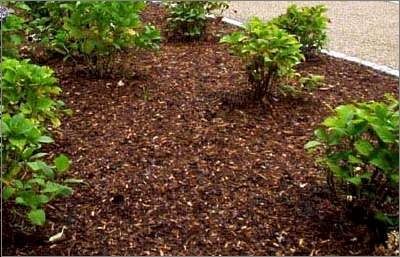 This is also an effective soil erosion prevention technique as rivers cause soil erosion and Dams are built in the upper course of rivers to control erosion of soil.