1) Name the two banks that are merging together with Bank of Baroda to become the 3rd largest bank of India?
Dena and Vijaya

2) Who has been designated as the new MD and CEO of ICICI securities?
Vijay Chandok

3) What is the name of the company that became the first Indian Shipyard to produce and deliver 100 warships to the Indian Navy and Mauritius Coast Guard?
GRSE

4) What is the name of the application introduced to inspire elders to take part in Jammu and Kashmir elections?
"Sahulat"

5) World Autism Awareness Day was observed on which date?
2 April

6) Which Indian state has ranked number 1 in the e-learning training programme of DoPT?
Telangana

7) What is the name of the new-generation data relay satellite introduced by China?
Tianlian II-01

8) What is the theme of World Autism Awareness Day which was observed on 2 April 2019?
'Assistive Technologies, Active Participation'

9) Name the company from which "Rajan Anandan" has resigned from Vice President post?
Google India

10) The International Mine Awareness day was observed on which date?
4th April

11) Which bank becomes the first Moneylender who is going to charge for UPI transactions?
Kotak Mahindra Bank

12) Who takes charge of MD post of LIC?
Vipin Anand

13) For which State, Government of India has introduced multi-disciplinary terror monitoring group for terror-related activities?
Jammu and Kashmir

14) Who has been determined as the Flag Officer Commanding Eastern Fleet?
Admiral Suraj Berry

15) Who has been designated as the industry head of Google India?
Mayoori Kangoo

18) What is the name of the Indian Squash Male Player who comes under top 10 lists according to PSA ranking?
Sourav Ghosal

19) What is the theme of 56th edition of the National Maritime Day observed on 5th April 2019?
"Indian Ocean-An Ocean of opportunity"

22) Which social media has introduced one new feature called as "why I am seeing this post"?
Facebook

23) What is the name of the village of Manipur State which has received India's first carbon positive settlement?
Phayeng Village

24) Which Indian Astrologer has been honoured with 'D. Litt in Astrology' via National American University?
Dr Sohini Sastri

25) Who has been selected as the President of the World Bank?
David Malpass

26) National Maritime Day was observed on which date?
5th April

27) What is the name of the first Indian to be nominated as a member of FIFA Executive Council?
Praful Patel

28) Which state approval for Greenfield International Airport was suspended by Supreme Court?
Goa

29) Which country has banned industrial fishing for a month to prohibit its fishing stock from reduction?
Sierra Leone

30) Which country is the winner of the ICC Test Championship mace for 3rd Consecutive Year?
India

31) What is the theme of world health day observed on 7th April 2019?
Universal Health Coverage: Everyone, Everywhere

32) The KKFI has introduced one franchise-based league, in which 11 teams are participating, what is the name of that league?
Ultimate Kho-Kho

33) What is the name of the automobile organization that is going to introduce a blue link technology feature in cars to recognize Indian languages for user interaction?
Hyundai

34) The "NuGen Mobility Summit 2019" will be host in which country and city?
India, Gurgaon

36) World Health Day was observed on which date?
April 7

37) "International Day of Sport for development and Peace" was observed on which date?
April 6

38) What is the height of the bridge named as "maitri" due to which Indian army received a record-breaking feat?
260 feet

39) What is the new name given to 'Chennai Central' railway station?
'Puratchi Thalaivar'

40) Who has won Sportsperson of the Year under Female category in the ESPN Multi-Sport Awards 2018?
PV Sindhu

41) Who has been esteemed with the Presidential Award of Maharshi Badrayan Vyas Samman 2019?
Gyanaditya Shakya

42) In which Indian state the 7th Foreign Office consultations between India and Italy were held?
New Delhi

43) Who has come to be the youngest bowler to take a hat-trick in IPL?
Sam Curran

44) Which celebrity was given an honorary doctorate in Philanthropy via The University of Law?
Superstar Shah Rukh Khan

45) What is the name of BJP MLA who recently passed away at a private hospital in Delhi?
Dilip Sarkar

46) What is the name of Japan's new imperial era?
Reiwa

47) Who has been conferred as the highest civilian award of UAE?
Prime Minister Narendra Modi

48) Who has been selected as the director-general of the National Archives of India?
P V Ramesh

49) What is the name of a water conservation scheme introduced by Karnataka's Chief Minister?
'Jal Amrutha'

50) Who has been selected as the MD of Infrastructure Leasing & Financial Services (IL&FS)?
CS Rajan 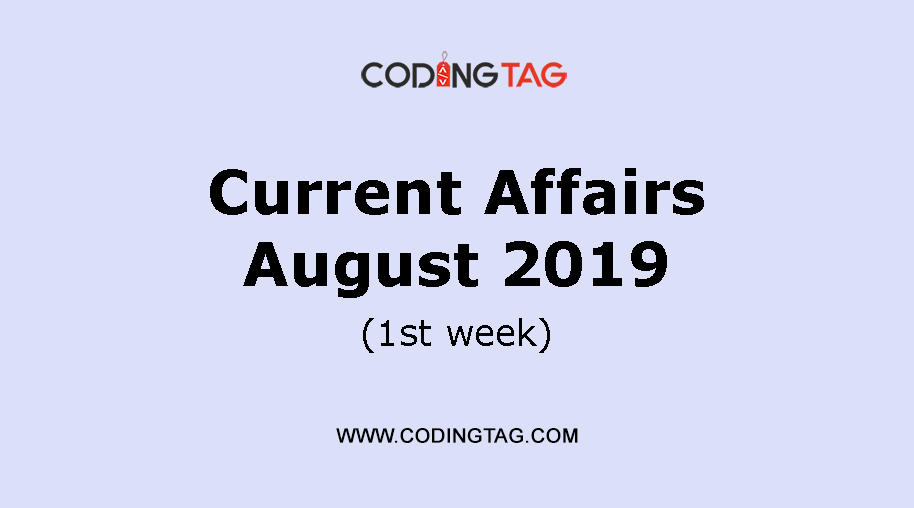 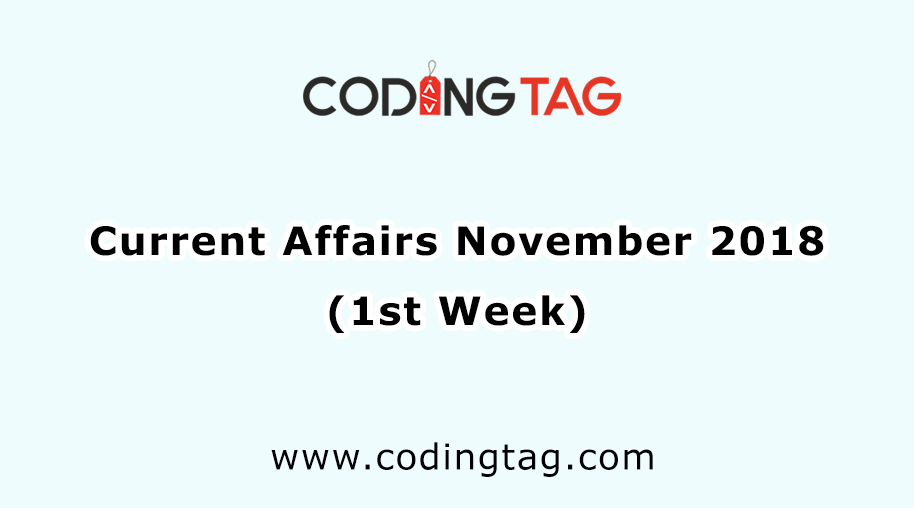