1) World Tuberculosis (TB) Day was observed on which date?
March 24

4) What is the name of a new podcast application introduced by CBSE i.e. Central Board of Secondary Education?
'Shiksha Vani'

5) Who has been determined as India's Chief of Naval Staff?
Vice Admiral Karambir Singh

6) Who has been designated as the Brand Ambassador of PhonePe?
Aamir Khan

7) Who has been determined as the new CEO and MD of the Fortis Healthcare limited?
Ashutosh Raghuvanshi

8) World Meteorological Day was observed on which date?
23 March

9) Who concluded Artificial Intelligence for India Summit on 26 March 2019?
Facebook

12) What is the name of the Application introduced by Linkus Infratech company recently for an objective of connecting neighboring city users without any internet connection?
Bhonga

13) Which airport has been declared as the world's 12th busiest airport according to traffic rankings (2018)?
Indira Gandhi International Airport

14) Who has been selected as the new Chief Financial Officer (CFO) of Ford Motor Company?
Tim Stone

21) Which state Government banned OLA for 6 months due to the claim of license term breakage?
Karnataka

22) What is the name of the world's longest salt cave which was recently found by the researchers of Israel?
Mount Sodom

24) Which Indian becomes the recipient of the Oxford University Bodley Medal 2019?
Amartya Sen

25) The Book named as 'Every Vote Counts-The Story of India's Elections' has been written by?
Navin Chawla

26) Researchers of which institute have developed an AI based detector for an objective of detecting diseases like Malaria in short span of seconds?
IIT Delhi

27) The World Theatre Day was observed on which date?
27th March

28) Who has been declared as the recent BCCI's ad-hoc Ethics officer?
DK Jain

29) "Turing Award 2019 has been given to the three researchers" Name them?
Yann LeCum
Yoshua Bengio
Geoffrey Hinton

30) What is the name of the Application launched by Bongaigaon district administration of Assam for the first-time voters?
Sankalp

31) What is the name of the world's highest polling Station?
Tashigang located in Himachal Pradesh

33) Which Indian sports organization becomes the winner of Best Sports Federation award given by ASSOCHAM?
NRAI

34) Which Indian organization has determined to introduce a regulatory sandbox for Fintech start-ups?
RBI

35) Who is the writer of the book named as Indian Fiscal Federalism?
YV Reddy

38) Which place was the venue of the 12th edition of Asian Airgun Championship?
Taoyuan in Taipei

39) What is the name of the new programme launched by ISRO to impart general knowledge of space applications to children for an objective of inducing their interest in space activities?
YUVIKA i.e. Yuva Vigyani Karyakram

41) Who has been re-appointed as MD and CEO of Maruti Suzuki?
Kenichi Ayukawa

42) Who has been selected as a Brand Ambassador of PolicyX.com?
Cricketer Virender Sehwag

43) Which company will be the new acquisition of Reliance Jio's?
Haptik

44) World Piano Day was observed on which date?
30th March

46) The ASEAN School Games 2019 will be held in which country?
Indonesia

47) Which movie is the recipient of best film award at 64th film fare Awards 2019?
Raazi

48) Which Country carried out its first general election after 5 years of military rule?
Thailand

49) Who has been appointed as the DGNO of India?
MA Hampiholi

50) What is the name of the celebrity who introduced the independent music label called Inclnk?
Ranveer Singh 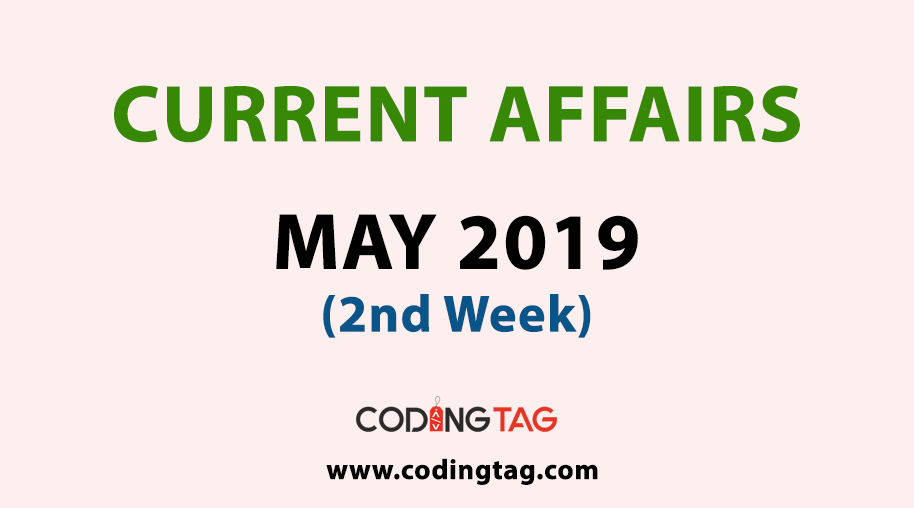